Al’lah and the Beginning of Creation​ (Audiobook)

In the name of God the All Compassionate the All-Merciful.

The Almighty Al’lah and the beginning of creation is a very important Devine elucidation, it should be known by every human being that it reveals to man some valuable enlightenments which touch his existence, past and forever-future.

You conceive through this sublime demonstration some portions of the high attributes of the Almighty Al’lah and you know through this Devine text how Al’lah is most Merciful, most Kind, most Bountiful and most Just.

You read in it and be squinted with many significant important points such as:
– Has God been alone before the existence of creation, or not?
– Why did He create the creatures, what is His purpose?
– What is the realty of the pre-material world “Al-Azal world”?
– What is the essence of the creatures ?
– Why did the creatures differentiate and contrast from each other, how has the Godly Justice appeared in this differentiation and contrast of creatures; mankind, Jinn, angels, plants, Earth, heavens and etc?
– Why then did He send the creatures including mankind into this worldly life?
– How do the good deeds affect the spirit approaching God?
– Is the presence of Yearning in the spirit of mankind good for him or bad? Is it “an advantage or disadvantage”?
– How does the freedom of choice affect the value of deeds?
– What is the trust which the Almighty Al’lah offered to His creatures?
​- Who are the angels? What is the real meaning of the word “angel”?

Also, you know many important issues through this Divine text , you know that God gave all His creatures the same quality and ability to approach Him, but when He offered them the trust, a group of them accepted it and then ignored it. After that they differed, … you will be acquainted why they differed and some other unprecedented facts.

You also read sublime explanation about the Fate. 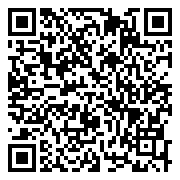